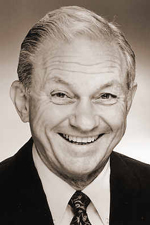 
As a teenager, singer and actor Rudy Wissler provided his voice for the young Al Jolson in the Academy Award winning biopic THE JOLSON STORY, produced by Columbia Pictures in 1946.
Although his work was one reason for the enormous success of that film, he was not mentioned in the credits.


Rudy was a singer all his life. He started to perform at the International Al Jolson Society Festivals in San Francisco in 1999. He gave his last performance for the Jolson Society in Philadelphia in 2006.

After learning about his sudden death, we produced a short about Rudy featuring an interview that he had given to us in Philadelphia in 2006. It was one of the first interviews we had done for our JOLSON DOCUMENTARY.

After his death, we produced a short to honor Rudy. You can watch the trailer below and find the entire film on our website www.aj-images.com.