THE SINGING FOOL in GERMANY

Al Jolson's early talkies during the Weimar Republic in Germany 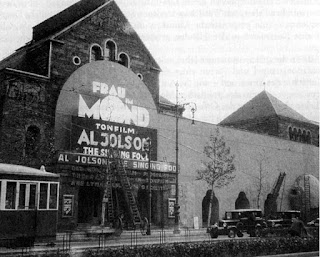 Above you see a picture of Al Jolson's film debut in Germany: THE SINGING FOOL at Ufa movie palace in Berlin. It premiered on June 3rd, 1929. You can also see Fritz Lang's FRAU IM MOND (WOMAN ON THE MOON), his last silent film and one of the very last German silent films.


In 2007, Jens and I were able to find the original newspaper ads for screenings of THE SINGING FOOL in our hometown Kiel in Northern Germany. 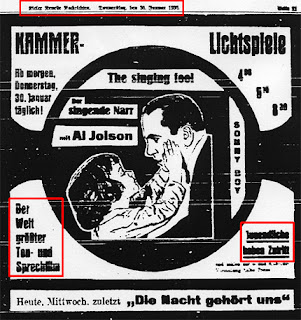 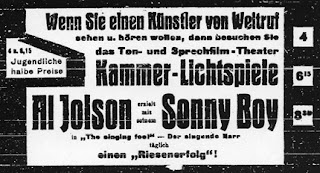 If you want to see and hear an artist with international reputation, then visit the sound and talking film theatre
"Kammer-Lichtspiele". 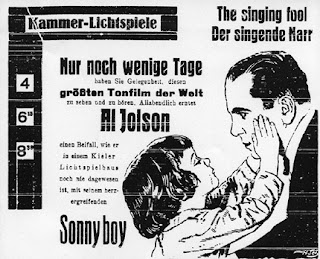 There are only a few days left
to see and hear the
world's greatest talking picture.
Every evening

Al Jolson
raises unprecedented cheers
in cinemas in Kiel
with his heartrending rendition of
"Sonny Boy". 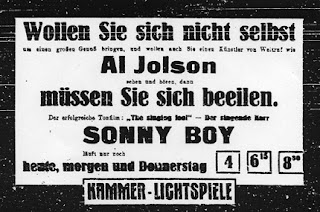 If you don't want to miss
a great experience of seeing and hearing an artist with international reputation like
Al Jolson,
then you must hurry.
The successful talking picture "The Singing Fool" - Der singende Narr